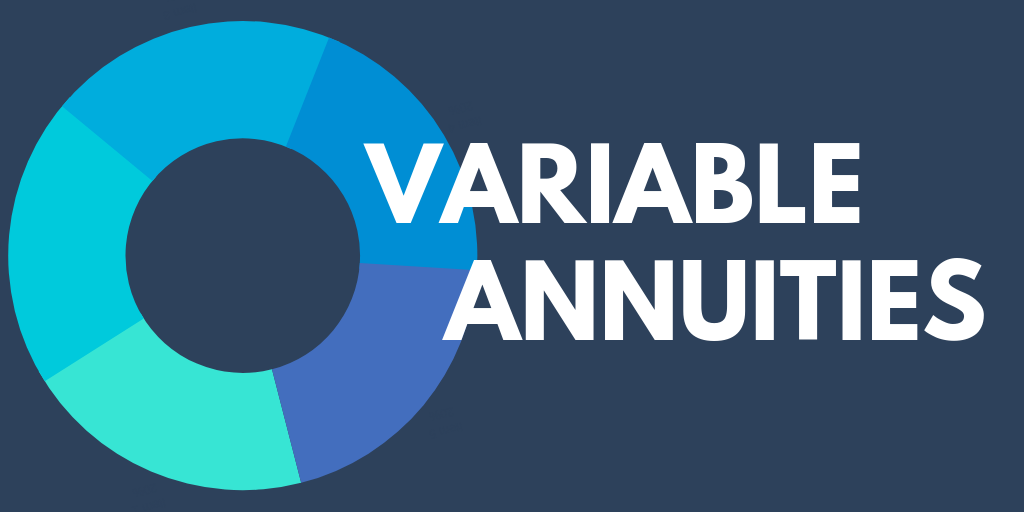 A variable annuity is a contract between you (the purchaser) and an insurance company (the issuer). In return for your premium payments, the issuer agrees to make periodic payments to you (if you elect this option), beginning either immediately or at some future date.

Annuity premium payments may be made with after-tax dollars and are not tax deductible. Annuities also may be purchased within tax-advantaged plans, such as 401(k) plans, Section 403(b) retirement plans (TSAs), or IRAs. Premiums for annuities in tax-advantaged plans are generally paid with pretax dollars, and may be subject to annual contribution limits.

You can pay your premiums in one lump sum, or you can make a series of payments over time. Annuities funded with after-tax premiums are not subject to annual contribution limits.

If your annuity is funded with after-tax dollars, you'll pay taxes (at your regular income tax rate) only on the earnings portion of withdrawals, since your contributions to principal were made with after-tax dollars. As with a qualified retirement plan, if you withdraw from an annuity before age 59½, a 10% tax penalty may be imposed on the taxable portion of the withdrawal, unless an exception applies.

Annuities are designed to be very long-term investment vehicles. In most cases, if you take a withdrawal, including a lump-sum distribution of your annuity funds within the first few years after purchasing your annuity, you may be subject to surrender charges imposed by the issuer. As long as you're sure you won't need the money until at least age 59½, an annuity is worth considering.

Your investment choices are varied

As the purchaser, you can designate how your premium dollars will be allocated among the investment choices (often called subaccounts) offered within the variable annuity. A variable annuity's subaccount choices will be described in detail in the fund prospectus provided by the issuer.

With the exception of a guaranteed subaccount, variable annuities don't offer any guarantees on the performance of their subaccounts. You assume all the risk related to those investments. In return for assuming a greater amount of risk, you may experience a greater potential for growth in your earnings. However, it's also possible that the subaccounts will perform poorly, and you may lose money, including principal.

*Guarantees are subject to the claims-paying ability and financial strength of the issuer.

A note about variable annuities

Variable annuities are sold by prospectus. Variable annuities contain fees and charges including, but not limited to mortality and expense risk charges, sales and surrender (early withdrawal) charges, administrative fees and charges for optional benefits and riders. You should consider the investment objectives, risk, charges, and expenses carefully before investing. The prospectus, which contains this and other information about the variable annuity and the underlying investment choices, can be obtained from the insurance company issuing the variable annuity or from your financial professional. You should read the prospectus carefully before you invest.

How a Variable Annuity Works 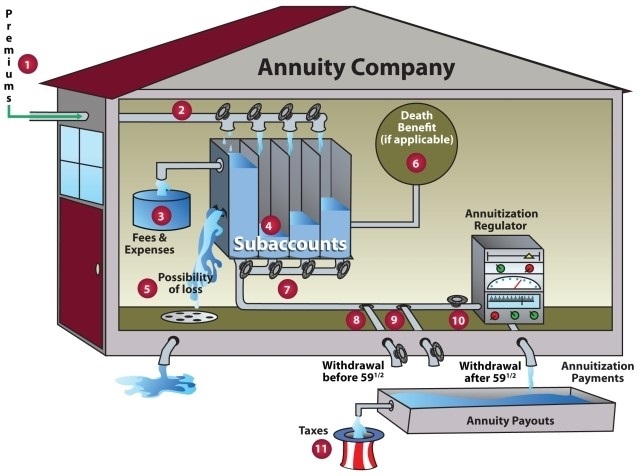 * All guarantees are subject to the claims-paying ability and financial strength of the issuing company.

Why buy an annuity?