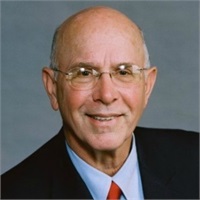 Prior to a merger with Tallus Capital Management, Terry was the owner of Baylor and Associates which he founded in 2006. Terry is a native Texan and earned his Bachelors of Science from the University of Texas medical branch in Galveston. He also attained his Ph.D. in Exercise Physiology from the University of Texas at Austin. Terry worked in healthcare and academia until 2000. His positions included Program Director of the Cardiovascular Fitness Program at the University of Texas, and as Clinical Director of Physical Medicine for a Philadelphia based healthcare company. Always an active investor in real estate and securities, Terry turned to a career in financial services in 2001 after thirty-four years in healthcare. Terry started his financial career at Edward Jones in Oregon City. We take the time to listen to our clients is a pivotal part of the mission statement Terry embraces. Coming out of a healthcare and education background, Terry knows the welfare of the client is our number one concern.