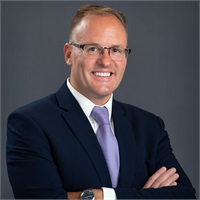 Since joining Tallus his practice is primarily focused on retirement distribution income planning. Marshall is a proponent of using Alternative Investments such as REIT’s and Private Equity holdings in his client’s portfolios. With his comprehensive training in both insurance planning as well as investment strategies he enjoys “connecting the dots” for his clients by making a complex financial world, simple. Marshall holds series 6, 7, and 63 registrations with LPL Financial, a 65 registration with Financial Advocates Investment Management, as well as insurance licenses in several states.

His interests include weightlifting, gardening, and studying ancient philosophies as well as reading about future forecasting when not at the office. Marshall, his wife, and two teenage boys reside in West Seattle.