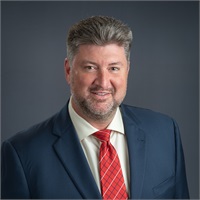 Kyle began his financial career with the Fortune 500’s “World’s Most Admired” Insurance company, Northwestern Mutual. He served as one of two investment specialists in the Wealth Management division of Seattle since 2002. After twenty years of tenure with Northwestern Mutual, Kyle decided to move his practice to Tallus Capital in December of 2016 in order to better accommodate the growing needs of his retiring client base. He is truly a student of the markets and it never seems to be far from his mind. He and his wife, Mychele, have both earned the coveted CFP® designation. Kyle’s practice is primarily focused around Estate Planning and Retirement Distribution Strategies. Though he runs a thriving practice he does, however, find time to relax. He enjoys golfing, motocross and as a resident of Lake Washington, of course, boating. He is also a recent father. Both he and his wife Mychele are having a great time raising their son Jack and daughter Hannah. Kyle holds series 6, 7, and 63 registrations with LPL Financial, 65 registration with Financial Advocates Investment Management, as well as insurance licenses.