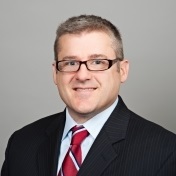 John Davis began working in the financial services industry in 1993, attaining an MBA at the American Graduate School of International Management (called Thunderbird). After graduation, he went to New York City to work in Institutional Sales and Trading for Arizona Stock Exchange. He then moved on to the Institutional Sales and Trading Desk of Herzog, Heine, Geduld in 1999. In Seattle, he began a career on the Retail side of the business with Morgan Stanley in 2002 and then Merrill Lynch in 2003 before moving to Tallus Capital Management in 2012. He attended Drake University in Des Moines, IA earning a BA in International Relations and Political Science with a minor in Business Administration in 1990. John brings a solid academic background to his practice and specializes in consulting to qualified and non-qualified retirement plans, portfolio allocation, pre-retirement planning, retirement income and estate planning. He is also proficient in French. Disclosure: CRPC conferred by College of Financial Planning.